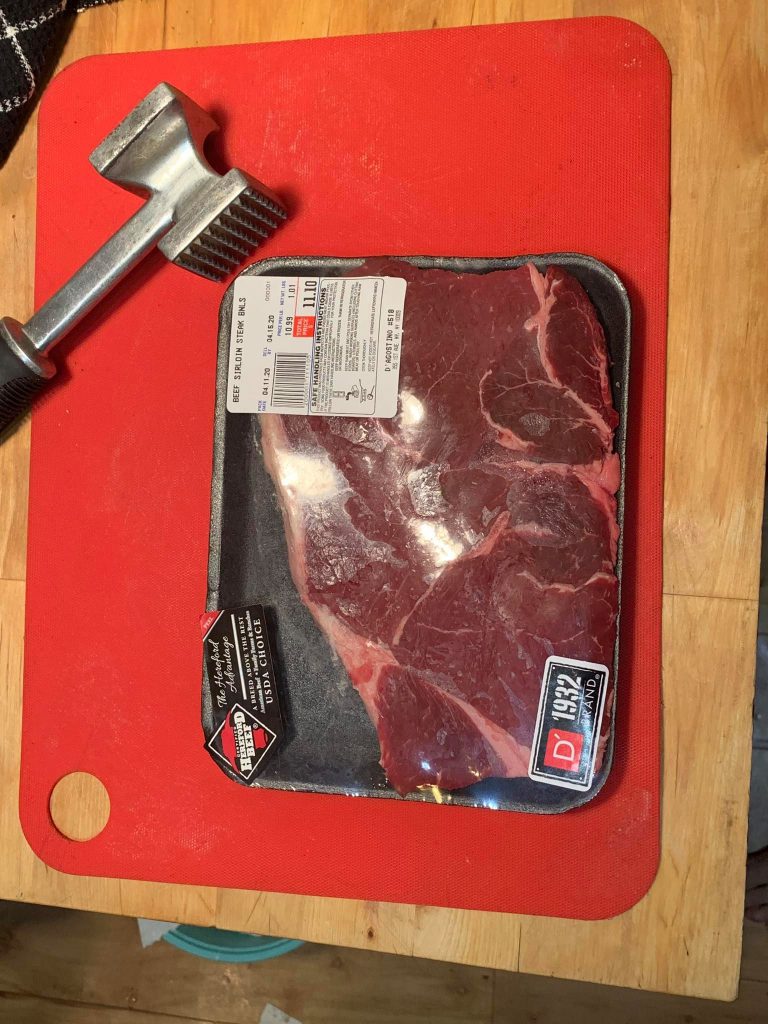 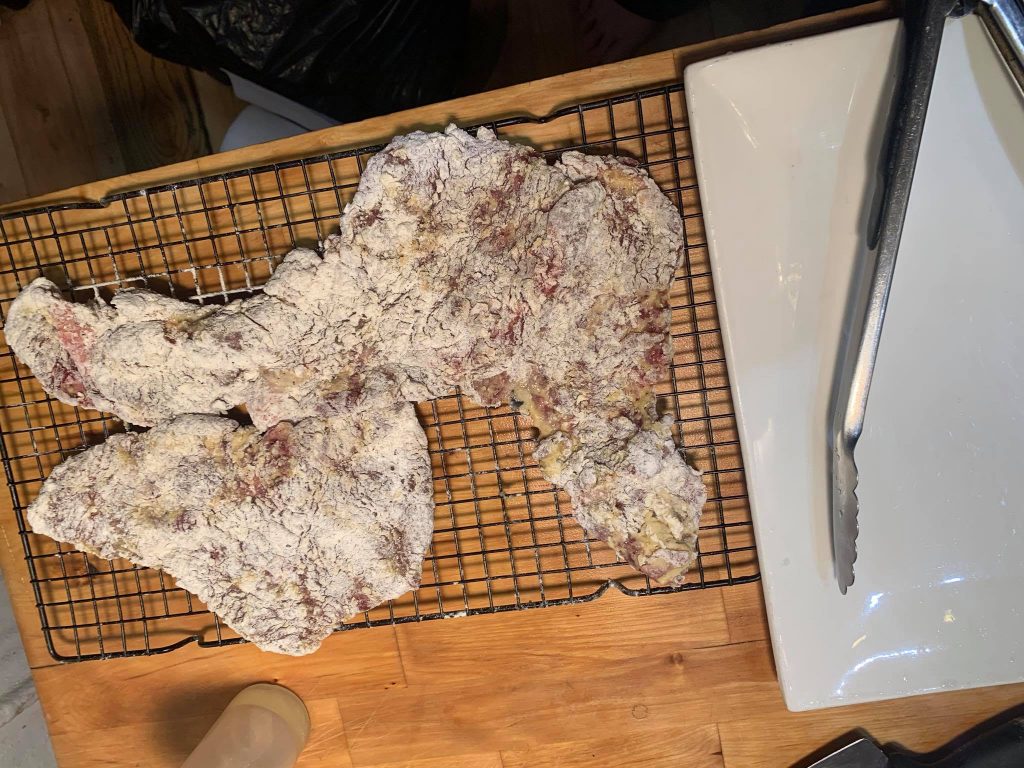 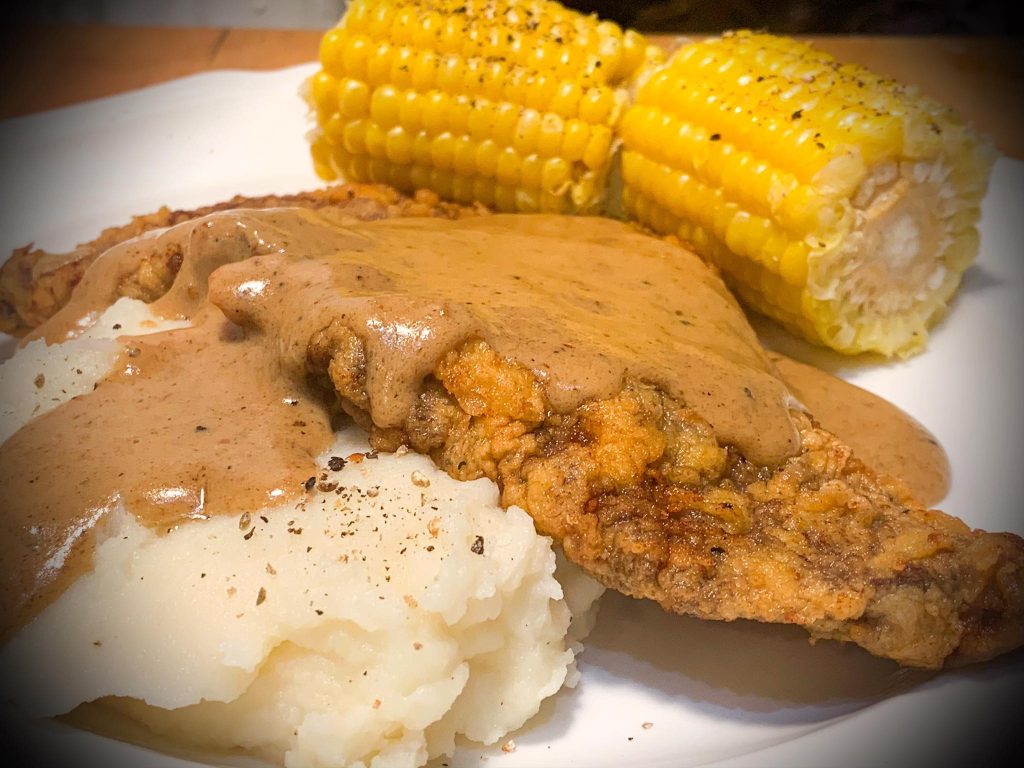 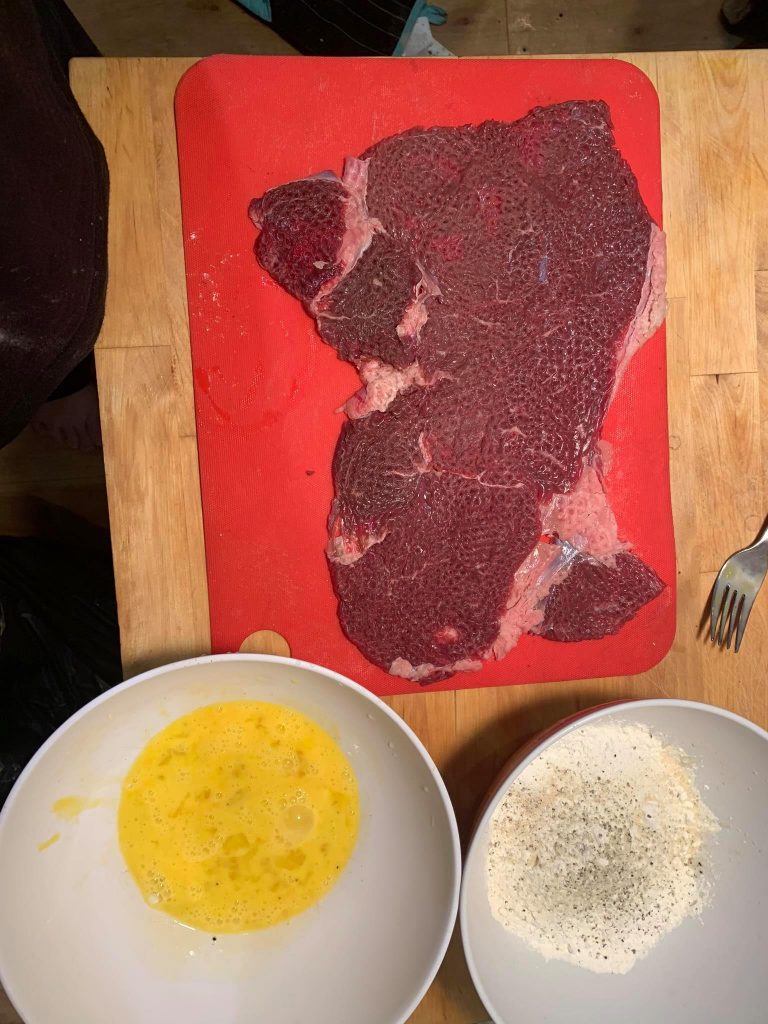 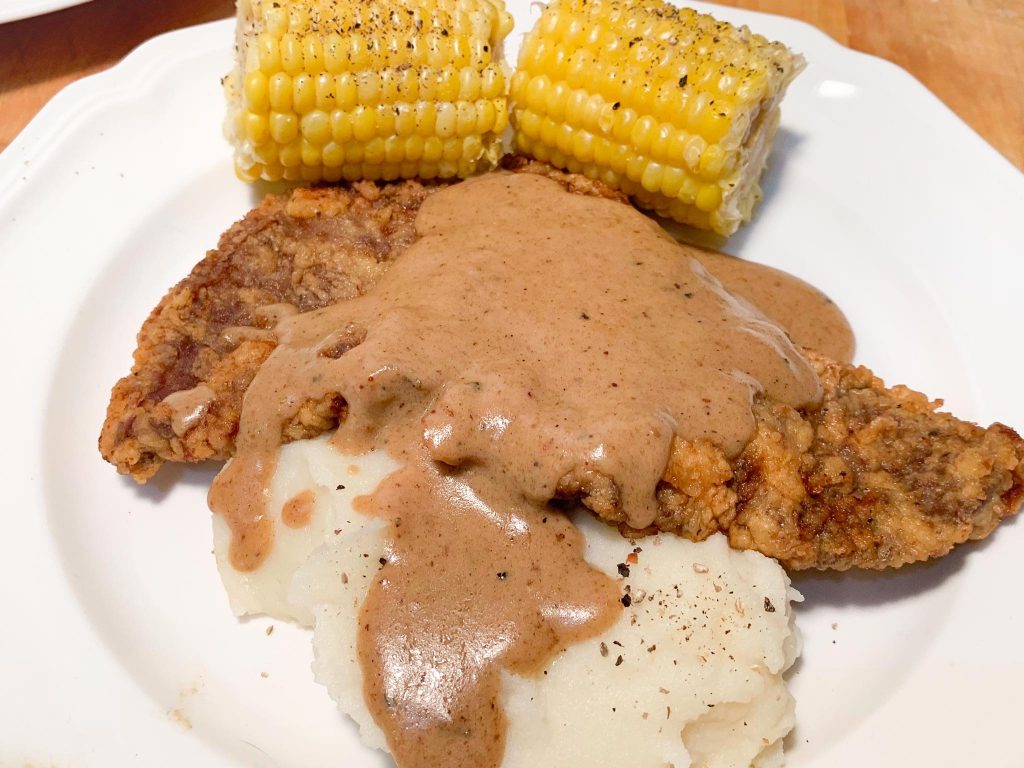 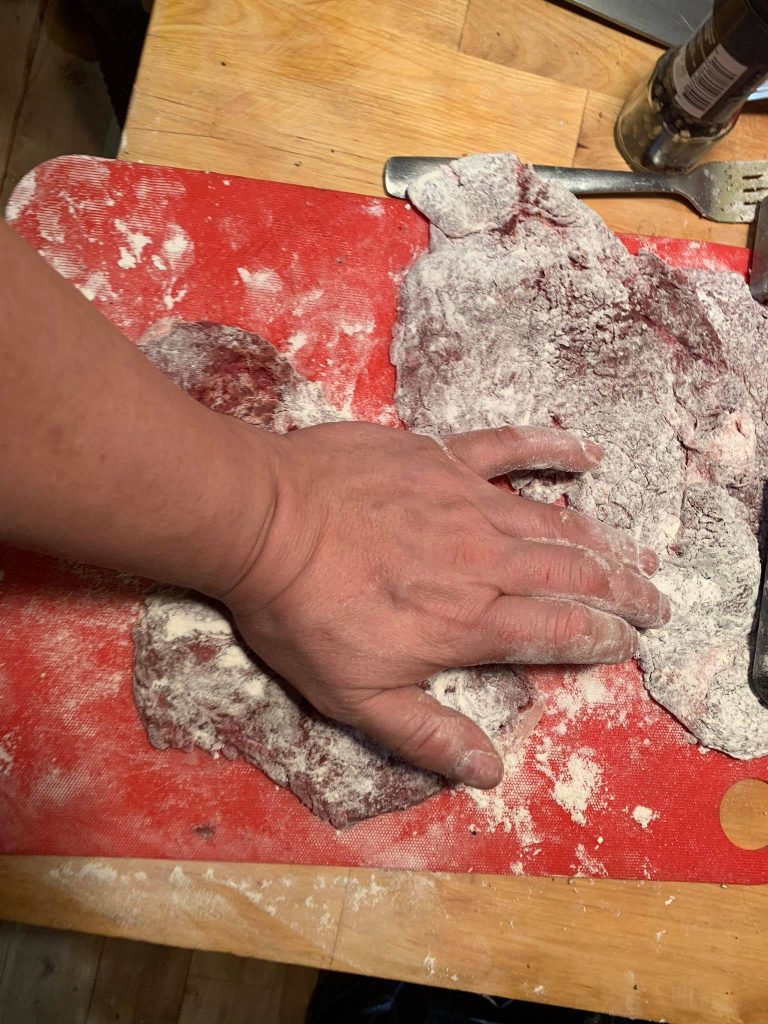 Recently one the members of the group past away when I say member I mean family like you could be a roadie, manager, sound guy if you were on multiple tours with us you were a member and family. Gino was was one of the roadies but much more that he was a personal assistant, valet, roadie, lighting guy and a friend and even filling in if someone missed the plane.
with a quick Yelp calling his name GINO! You turn around he was right behind you lol! No matter what you needed he had a knack for getting it done.

So his passing reminded me of of the crazy shit that happened and he would just look at and me and laugh and said I was crazy. We had so many stories to laugh about.

Was it a chicken flatten out like a steak and then fried? No it’s not a chicken fried chicken. It a a piece of beef flatten out with meat tenderizer coated in season flour and fried crispy.

Some times it also called milk steak or country fried steak Depending on the gravy.

So again using 1 portion of meat I was able to stretch it for 3 people.
The gravy was made with some of the oil from frying the steak we made a roux by adding flour slowly then we add pepper a little leftover chicken stock and then the milk. More salt and pepper to taste.
So this was my first time making it surprisingly easy to make it turn out crispy and tender the gravy was the right amount of peppery-nest and was so perfect on the mash the mash just soak up the gravy and added another flavor dimension .
No I did not make biscuits thanks for point that out southern people. To be truthful I didn’t to want to take all the pots and tray out of the oven I was cooking solo while Jesse and kitty were playing beat saber in VR.
One cool pretty cool trick I figure out… after you pound the meat thin you can get it thinner by kneading it with the palm of your hands like dough pressing the flour in to the meat at the same time.