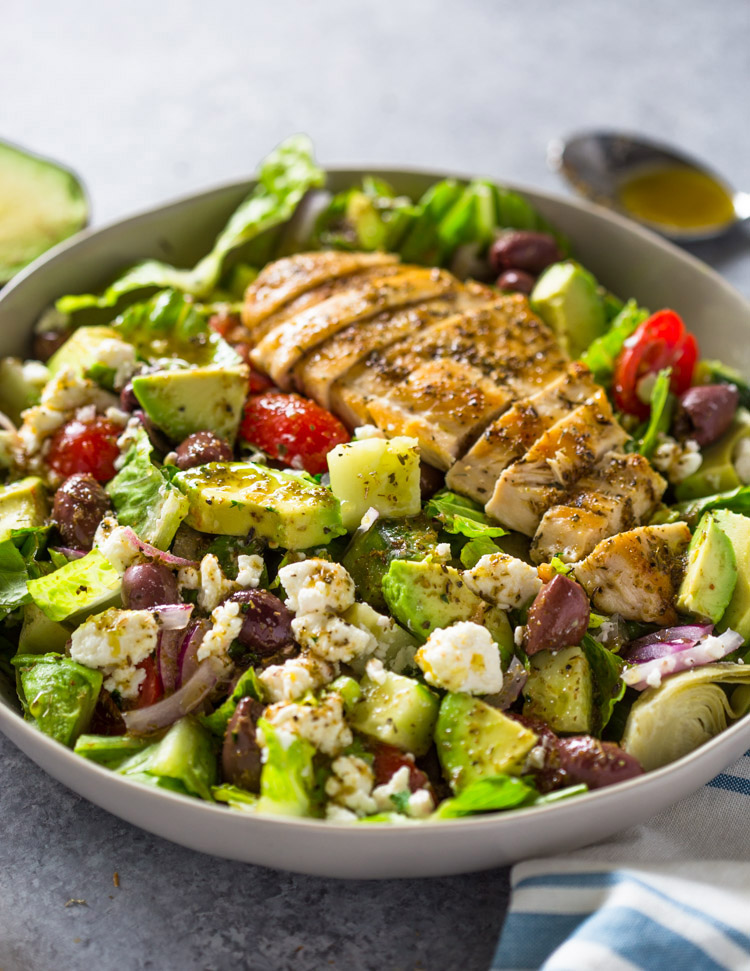 Jesse has his go to dishes like curry, pasta, etc.
Me, well I like to try new things explore new flavors and ways of cooking. That being said I hate cleaning up afterwards which normally come right after exploring new ways of cooking.
So thinking about that, what did I eat on a regular basis 20 years ago, and Is it the same?
Does our food taste change every ten years or so?
Let me explain and do an example with Jesse and give a run down of his food palette.
When Jesse was 8, he was not much of an adventurous eater and I did not want him to turn out like his friends who only ate PB & J sandwich’s , pizza, and of course, organic chicken nuggets.
So I decided to change that and we started to watch Anthony Bourdain’s shows of him eating all kinds of exotic foods and meats and bugs. He made it sound amazing and completely normal to eat a bug. 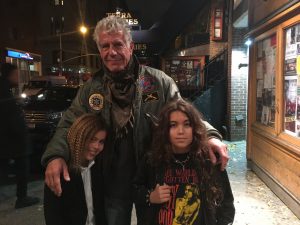 So that took the stigma away of “ eww! Yuk! a bug I don’t eat them”.
That idea then got further reinforced through Andrew Zimmermans show “Bizzare Foods” that took it to another level.
Now Jesse’s appetite to try new food is ready to go! This is gonna be fun!
The next step was not to push it but to make it a special day…try something new day which became Saturday.
So every Saturday, we went somewhere new and exciting to try to show his taste buds new adventurous cuisines, starting off slow with fatty pork belly’s (what’s not to like?). The following week, we got Takoyaki, which are Japanese octopus balls with dried bonito fish shavings that moves like crazy when you drop it on top of hot foods (which he believed were alive).
But his favorite thing to eat now is chicken feet! 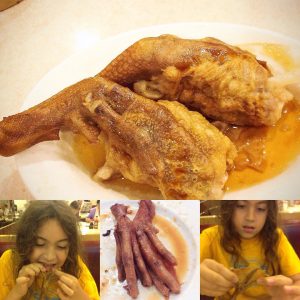 Then moving on to Mondongo, which is a Dominican soup consisting of tender tripe (tripe is cows intestines) which has a sweet and rich consistency to it.
Then we kicked it up to a higher level of seeing what you are eating such as a whole fish with its head on, whole pigeons, quails, snails in the shell with black bean sauce, chicken feet, frog legs etc.

And of course, something we had been working up to for a while, bugs! We ate pop corn meal worms, scorpion candy and smoked grasshopper tacos. Now I’m not saying he liked everything but he liked about 85 % of the foods. Bugs on the other hand, he wasn’t too sure of.

The main rule is to try everything 3 times, the first time maybe somebody didn’t make it right or as could as it could be second time understanding what you like or don’t like. The third time should be a year later or more in case your taste palette change.
You maybe thinking why would I want my kid eating strange foods? First strange to who? And why not broaden his sense of food cultures?
If you look at Americana cook books not that long ago from 40’s -50’s you will see recipes for possum pie, Squirrel fricassee, venison steak, boar bacon, frog legs, alligators, fried rattle snakes turtles etc. 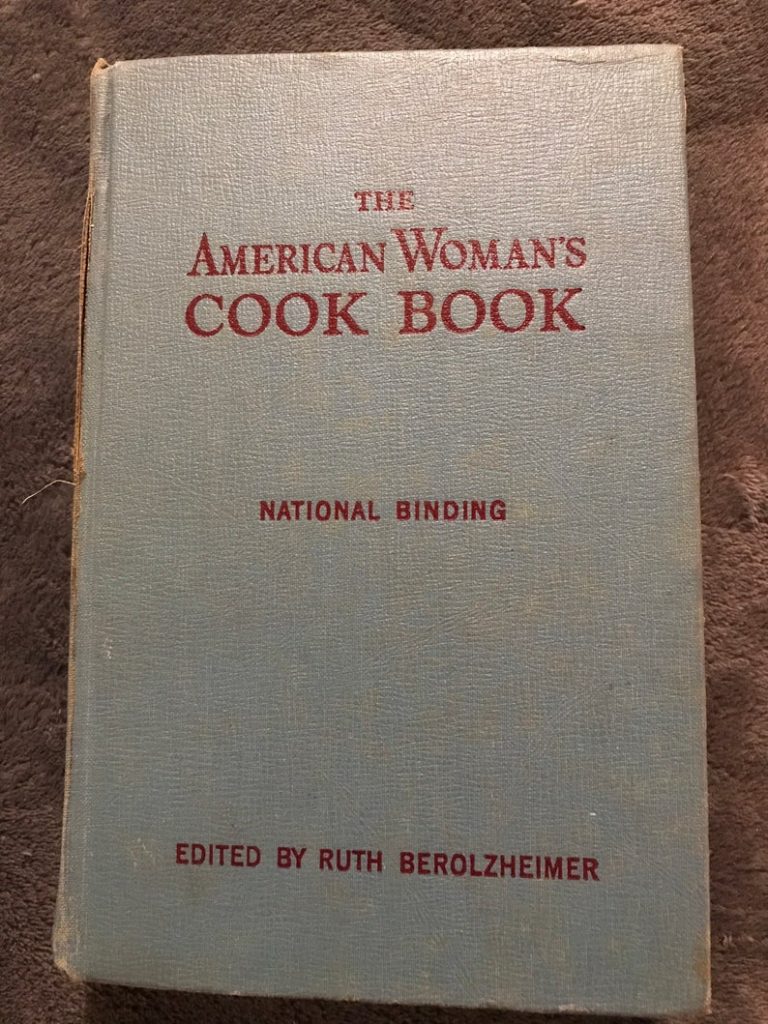 So there is more out there then pork beef or chicken and fish. And if you don’t like those options there are vegetarian and vegan options or the extreme breatharians.
I have watch his food taste change he used to hate onions cooked or raw… But he would try to eat them once a year then one year he liked em! The following year he was making onion soup, caramelized onions, onion rings etc. it makes me me happy I just wanna cry.. wait it’s the onions.
but still to this day he hates cooked carrots but he likes em raw, likes cooked tomato’s but hates plain raw tomatoes but likes salsa. I think this might never change or will it?
Now for us adults going back to what we used to eat food can be an evolution or you moved to a new area with different restaurants for some they never left their hood and still have same circle of people so not much has changed for them including the variations of food. Example you grow up in Chinatown you work in the area your friends are the same as you and live in the area you may venture out once in a while but chances are you eating local most of the time.
For me yes the food I eat now is different than what I used to eat or I eat less of it.
In the 70s I had a very limited palette mostly Only certain types of Chinese food, burgers, spaghetti, meat loaf and chicken.
The 80’s sushi, new Chinese dishes, Nouvelle cuisine, German food, Classic French, mid 80’s local iconic foods from many country’s.
90’s fusion foods mixing different styles of cooking and making them unique… And now I am still exploring.
What did I to hated to eat?
cilantro, celery, any kind of beans which I like now.
What I still don’t like?
Brussel sprouts, scones and Arepas and fennel. I can already bear the the gasps..” oh I love Brussels sprouts! Have you had them….? Yes I have had them that way..and about 20 other ways NO THANK YOU…
This is pasta fazool it is a dish I would have never wanted to eat because it has beans and celery and it has no real tomato sauce on it. 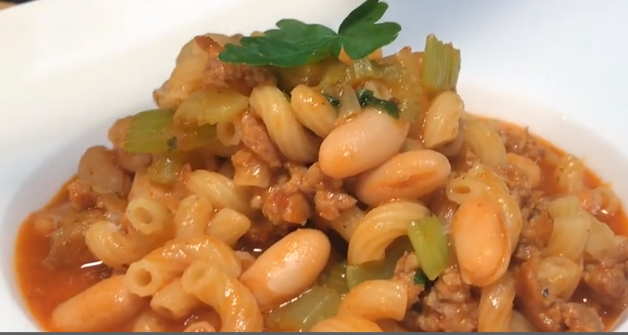 But now I love it I understand how the creamy delicate cannellini beans pars with the broth from the ground Italian sausage meat, and the sweetness you get from the celery and onions.
While not a real Soup the macaroni’s fill up with broth and holds it like a soup dumpling and when you bite down that broth pours out coating you mouth full of flavor then topped with fresh grated parmesan cheese… every bite hits every flavor node salty, sweet, sour, spicy in layers give it depth.
Yes I like everything about this dish.