By Tommy Gunn|2020-11-15T01:40:45+00:00April 18th, 2020|0 Comments
I like cooking….
But sometimes you get one of those days where even making toast feels like too much work.
Last night was one of those nights I was not inspired to cook and we just got a fresh direct delivery Yay! But here’s what really happen..
A couple of items were sold out but no biggie.. kitty ordered a chicken probably to make a chicken salad.
the chicken was a whole organic free range no hormone, non gmo, locally grown, no antibiotic, soy free, gluten free, kosher, halal, chicken that was killed humanly while listening to Elton John’s candles in the wind. It was so small!
It looked like it came from honey I shrunk the chicken . 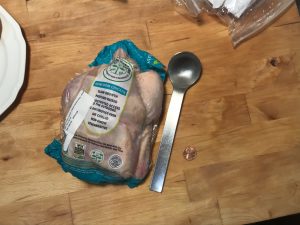 I also got Fruits and veggies and herbs and sandwich stuff! after getting everything put away I was tired..
let me rephrase that after kitty put everything away wiping down every can and packaging I was tired after watching her do that.
I don’t know if you guys ever go though this after cleaning and putting food away you then don’t want to mess the kitchen by cooking no? You don’t ever think that way? And just order in and say I’ll cook tomorrow?
Or does this happen only to me?
Here’s what I am talking about…
It starts with whadda you guys want to eat?
Then the sound of silence “cue Simon & Garfunkel sound of silence playing at sound level lower than your reading voice in your head” so I repeat whadda you guys want to eat? Pause…pause wait for it.. pause.. any second now you know what answer is gonna be pause …pause… 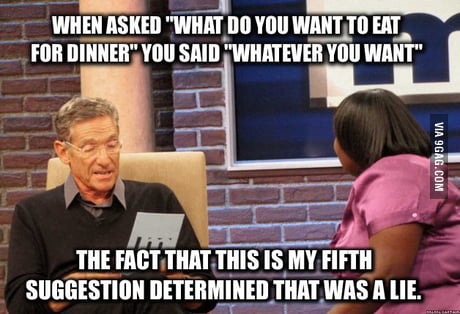 I don’t know what do YOU want to eat?
So it begins and this goes back and forth for about 3-4 hours but then there is a break instead of of I don’t know it changes to… What do we have to eat?
(If you are single and this happens to you seek help.)
Ok so now I have to catalog and recite the entire shopping list and everything in pantry after that pause I say well? And Jesse said what?
Sorry I had my headphones on..
So I repeat and he makes a decision…he says you pick dad.
Kitty is fine she is already ahead of the game with her chicken salad.
So night time comes and I make suggestion….he thinks about it…what else do we have to eat? Do we have any pork belly? No we don’t..you can’t just call things out randomly and they will appear.. hmmm ok you pick.
Fine I am making sandwiches .. mmm I don’t think I want a sandwich…meanwhile kitty has eaten her chicken salad while watch her crime shows with the sound off.
Do we have any curry left? Yes finally an answer! So I reheat the leftover curry and give it to him.
Now it my time to Make a quick sandwich! But then I try to open the Plastic bag the sandwich meat is in but the label is over the zip lock so while trying to open the bag by removing the label I rip the plastic bag ugh!
So I look at the honey maple ham sigh…The cut is wrong it’s thick cuts of ham! Who eat or orders a ham and cheese sandwich? and says make the ham extra thick please. 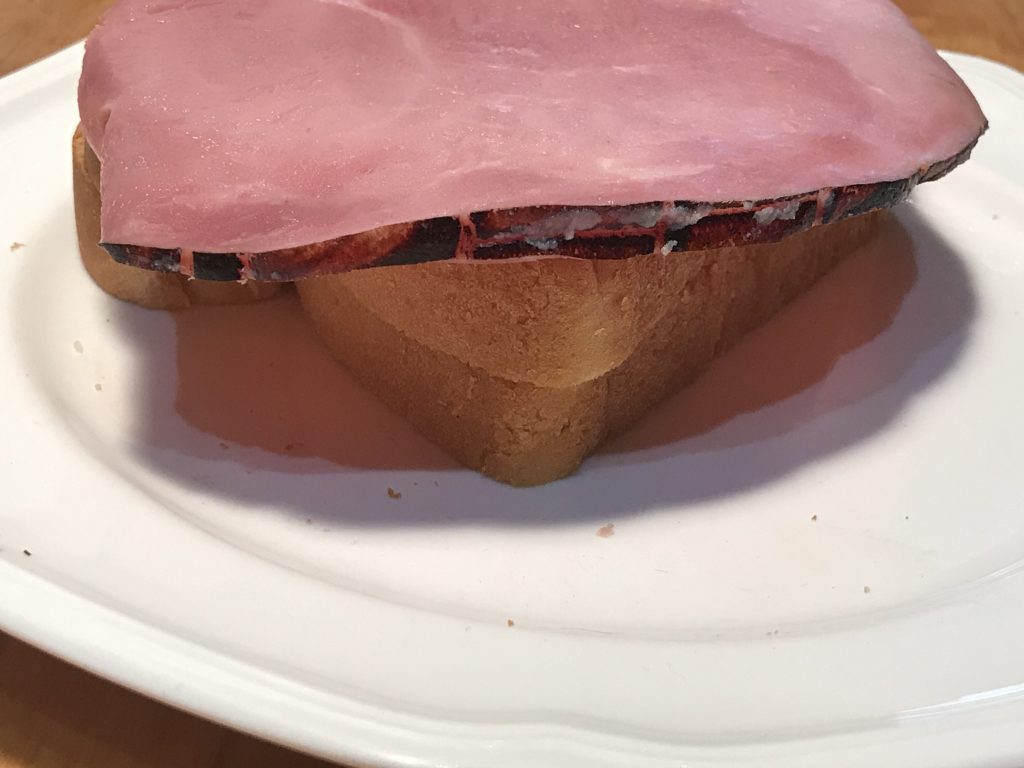 The ham should be thin slices so can fold them in curls with cushions of air in between them so when you put the top slice it practically floats on the ham like a mattress on springs you have seen the sandwich profile pictures of this.
But noo not my sandwich it more like a welcome door mat that when you try and fold it it just springs back like a door mat.
I can only use one slice of ham if I use 2 slices it will it will break the ham to bread ratio law section 2ª paragraph c. Which states don’t do it… it will be too hammy.
So now I forgot mention some how my bread shrunk! Even tho the bag says giant. 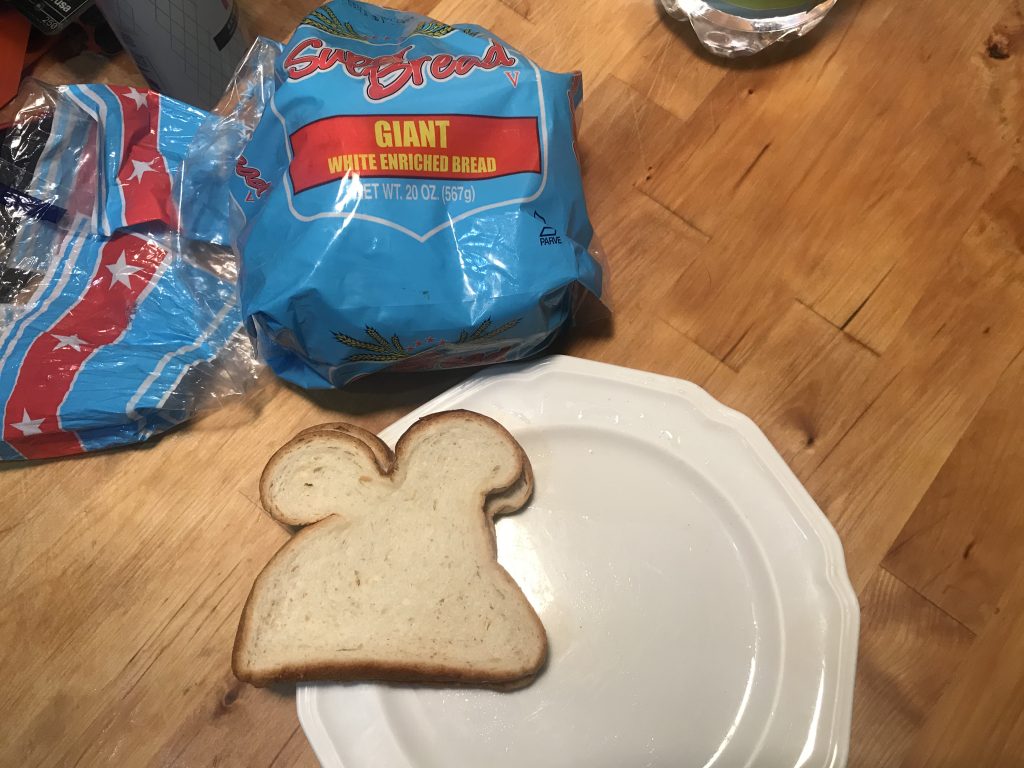 Also the cheese slices are packed tight together and they are thin so I have to try to peel them off without ripping them.
So here I am with bread too small for the thick ham and cheese too thin to peel. 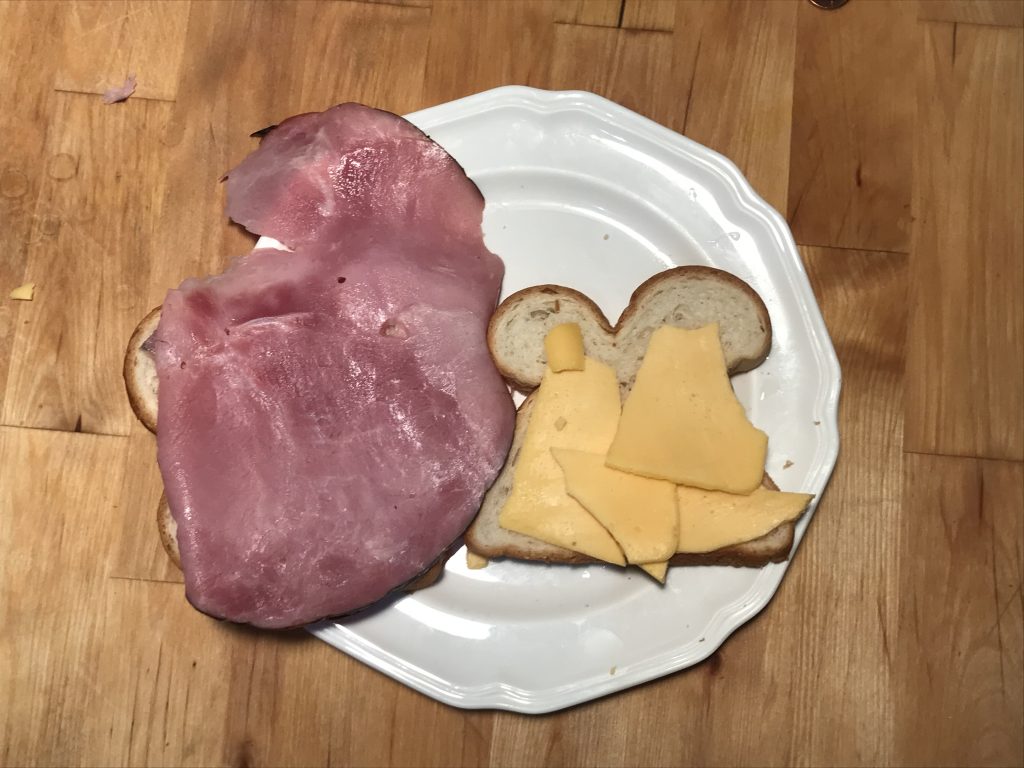 I think if I lay the ham wavy like this WW but no luck it will not bend it just goes like this C so I gave up and tried to eat it but I could not do it. 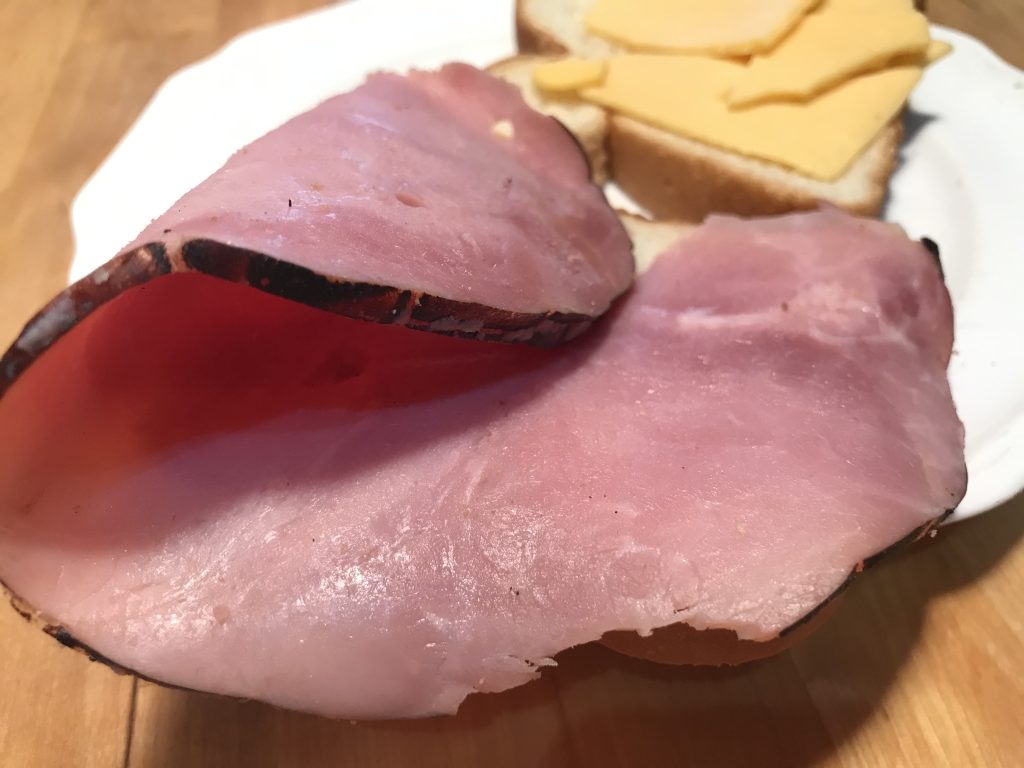 I think I will used the ham for ham and egg tomorrow. So a bowl of cereal for dinner works for me.
Editors note: yes I could have julienne the ham, or a noodle dish or done something chefy but the point was I wanted a simple 1 minute to make ham and cheese sandwich. No I did not finish eating it I gave it to the cat. She gave me a dirty look like wtf thick ham? What am I a dog? She also passed on it too.
Editors sub note: yes I know I can be a little verbose in my writing and my grammar is not perfect.
But let me know in the comments if you like my story and I should continue writing this way or just put a meme up for faster reading? Also please share if you enjoyed the story’s .
Editors sub sub note: oh yea um if you have any dishes or questions or story’s you want to to write about let me know.
Editors sub sub sub note: I have 2 cats they are sister and I call them both cat
Editors Sub sub sub sub note: they are both black but the emoji for cats don’t come in black. I guess it would look like this with ears. Then you would be confused and think it was a mouse or something and why would be giving a ham cheese sandwich to a
Editor sub sub sub sub sub note: kitty read this and she says their names are boots and bolt & even though they don’t answer to that name. Our cats just look at you when you call them she can yell BOOTS! for 38 minutes straight and all the cats will do is look at her while licking their paws and washing their faces with it.
Its not like the cat thinks oh wait that me she’s calling not bolt I better go see what she wants.