By Tommy Gunn|2020-11-14T23:57:32+00:00April 24th, 2020|0 Comments
Getting steamy…
If you never tried a Chinese pork bun or Bao, Baozi in Chinatown. You should try one they are two types baked and stream and are filled with diced char siu which is Chinese roast pork mixed with a thick .sauce and onions.
The bake ones are sweeter and are a golden color with a glaze on top. 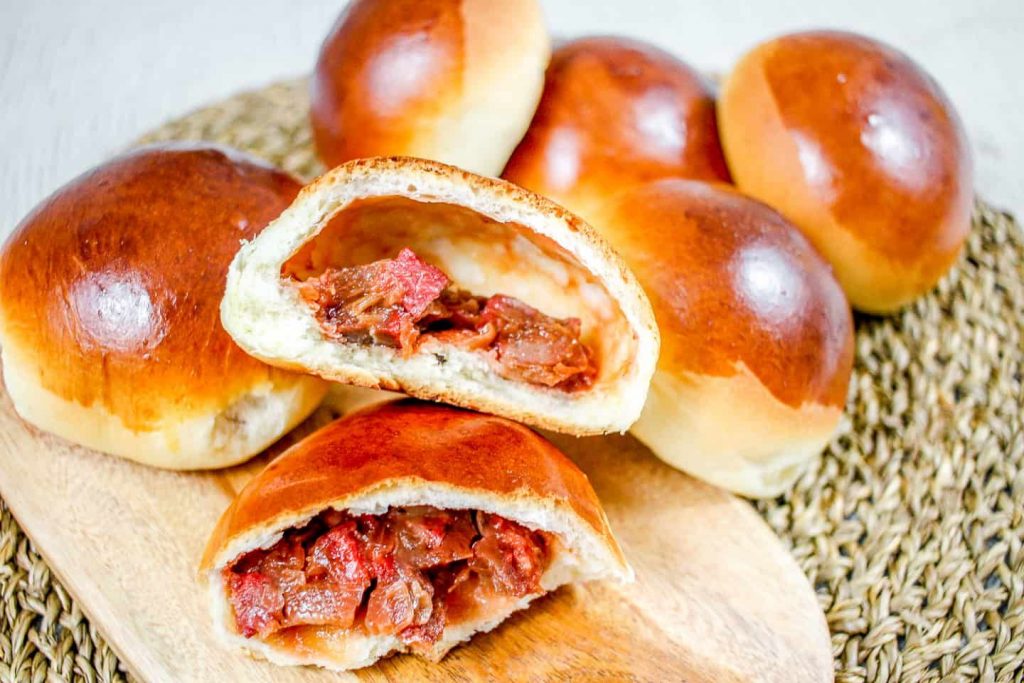 The steamed ones are white and the bread part is denser in texture. but there are other options if you don’t eat pork or meat.
The Bao has been around for a long time probably since the 13 century where is military strategist and scholar was the one who came up with the idea of a Bao. His name was Zhuge Liang. Mantou… Mantou is the original name of the bun that was plain with no filling.
The Mantou is still available today plain for in certain places they will put a slice of pork belly and some toppings kinda resembling a folded over sandwich…
Folklore says his men were sick during a campaign so he got them to eat by filling the Mantou dough with meat and the Bao was born. Then he brought it back to his homeland and the Bao got popular and merchants started selling em.
The Bao found its way to Hawaii in the 19 century when the Chinese were hired to work the sugar cane and pineapple plantations the immigrants were the only ones who ate it. But some smart people started selling them to everyone and it caught on. Eventually the bao had its own name and they called it Manapua which means “delicious pork thing” in the surrounding Samoan islands they call it keke pua’a, literally meaning “pig cake”. 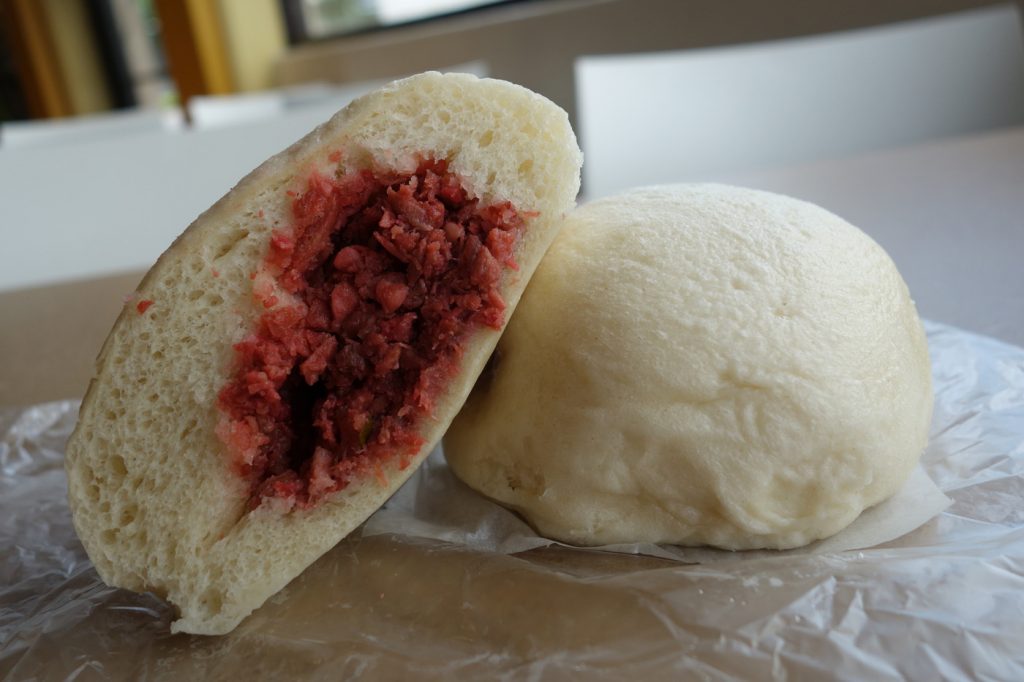 Americans call it pork buns.
So we have not made this in years and we had leftover pork from post #30
We diced it added char Siu sauce cook till done, sautés some diced onions and made a filling sauce with oyster sauce sugar, soy sauce, stock and flour then added the meat and cook till thick.
There are other types some filled with custard, sweet yellow bean, and the Dàbāo the big bun! 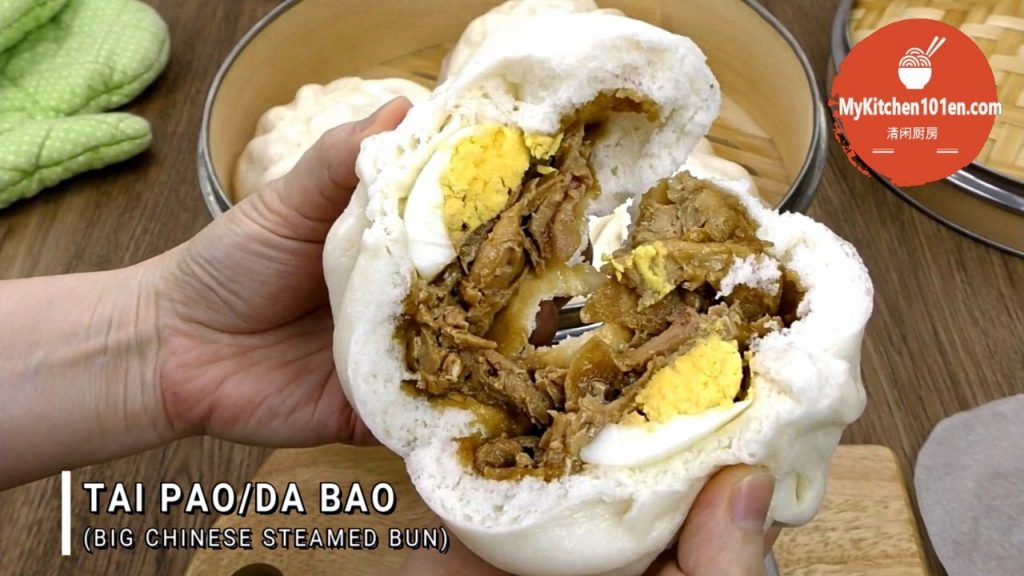 It’s the kitchen sink special it has minced pork, roast pork, a piece of chicken, Chinese sausage, a black mushroom, and a half a hard-boiled egg.
Today you can find so many different types of Bao’s depending where you go so it’s kinda hard to keep count al the many different variations.
Now the bun part there so many recipes out there with or without corn starch the cornstarch prompts the bread to crack open on top.. some like it that way. I don’t… I like mine more on the softer side.
The only 2 issues I had with my bao they were are not as white as I would liked them to be. I probably could achieve that if I used bleached flour. The second thing was the skin was not as smooth as I would like But I am sure if I make it a few more times we could get it very close.
In the end if you close your eyes it tastes like just like it should.